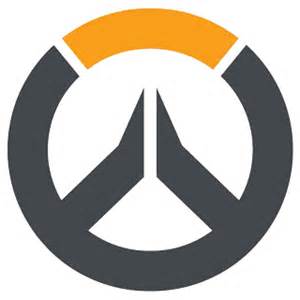 A couple of things up front:

It’s that it’s all of those things combined and rolled into a design philosophy that hasn’t been executed to this level of complexity in a new way in almost a decade. That doesn’t sound like much time, particular for other entertainment mediums, but five generations of computer hardware have emerged and been supplanted by faster, smarter systems in that time. A full 12 Call of Duty games have released in the intervening time, and at least that many spinoffs from that genre. 10 years is a long time in a medium that’s only existed in any real sense for 40 years.

The grand progenitor I’m referring to is Team Fortress 2, itself an evolution of an initial effort more fully realized than its predecessor. And Overwatch really is much more TF2‘s spiritual successor than it is a MOBA (Multiplayer Online Battle Arena), even if the latter designation fits in every descriptive sense.

The big crux of our conversation here isn’t necessarily on what makes Overwatch “good” – go play it for yourself and read various reviews for that, they’re almost universally glowing. And on any specific level, I don’t disagree. My biggest highlights are the art direction and the thematic consistency of character kits. But let’s do that thing that you do when you’re talking about video games and say “it’s like [x] and [y] had a baby and named it Overwatch.” My favorite version of that statement has to be Paul Verhoeven’s assessment on the Podcast 28 Plays Later – “It’s like The Incredibles mixed with Team Fortress 2.”

That statement is even more apt in the story crafted in the world of Overwatch. Though, the point of that story is… ambiguous at best. It appears to be there mostly to help them craft a singular thematic that governs the proceedings, and… that’s it. It doesn’t play out in any way except for in the amazing cinematics.

Apparently, they’re going to come out with these “seasonally,” which kind of makes sense when you look at Overwatch from the perspective of a traditional e-sport. That said, and here’s where we get to the part of the post people will hate, I don’t see how I could ever want to watch Overwatch.

I’m going to compare it to competitive e-sports that I have watched, starting with the earliest days, and moving on to the modern age of the world’s single biggest e-sport. The first e-sport I ever watched was Halo. Probably the original, though not in a broadcast sense. I found it very jarring when trying to watch broadcasts because of the perspective switches. This is a thing that has been true for a while with “shooter” games, which is to say, high-speed, point-of-view action games – you can’t watch them like you can watch sports. Can you imagine if the only angle that captured any of the relevant action, demonstrated any of the relevant skill of a player in a sport, was their own view point? No – what makes regular sports so damn engaging is our ability to watch and conceive of the entire field of play. For a lot of reasons, the better a shooter is as a game, the crappier it is as a stage for viewing. Overwatch falls into this trap handily too – its strongly varied environments, cascading objective set ups, and general complexity of design is what makes the maps and game types so compelling to play. It also makes it utterly bizarre to watch for anyone that doesn’t know the maps inside and out.

Compare that, for a moment, to traditional MOBAs – DotA, its spiritual successor League of Legends, and its actual successor DotA2. These games, with their fixed camera angle, static playing field, and ever-evolving “meta” games naturally lend themselves to competitive play viewing. Since the decisions being made by the players are visible in every way to the viewing audience, a person totally unfamiliar with the games can watch and have a general sense for movement on the board.

The truth is, the reason for that is because it’s novel. But Overwatch’s character or main game systems aren’t like the other big e-sports in a very specific way – characters in Overwatch are just loadouts in any other shooter. They are designed and meant to be switched. You switch to a different character based on the needs of the moment, which is why there’s not really an accelerating penalty  for death nor is there a specific universally accelerating advantage for success. That means you can run into cheese comps where you have characters endlessly walling off an entrance on cooldown simply by staggering the use of a specific ability. Confronted with that, there’s nothing to do but try and fight the enemy on their terms, which inherently means dying. At this point, you’re given the opportunity to pick a new strategy by switching out your kits, but for as long as their situation is working, they’re going to keep doing it, and it could potentially never stop. Even in my limited play, I’ve encountered this on coordinated teams. Once these first-order strategies reveal themselves, there may be some Blizzard-based correction systems that will be employed, but more than likely not. The one thing I keep hearing from friends is that they wish that Blizzard would prevent you from picking more than one of a given character for your team.

And it’s never, ever going to happen. The ability to switch characters is fundamental to the concept of Overwatch.

And here’s why that’s a problem – gamers use stupid, hard to recongize tags most of the time. It’s just a fact, and those names are in the way when trying to view the action. We’re back to the whole “is spectating Overwatch fun TV” thing, by the way. So when a player switches characters a few times in a game, there’s no way to keep track of them. In games like League of Legends or other MOBAs, or in Fighting games or even something like Rocket League, you can keep track of the players because of the unique function, position, and look of their characters, with whom we identify with as much as if not more than the players themselves. It’s tons of fun to see your favorite character get used in professional play in a MOBA. You get to watch the guys at the highest levels using that character, and you get to see that character in its optimal and least optimal situations and what they most highly skilled response to that is by the championship players at the helm. In Overwatch, the expectation of character switching makes it kind of hard to get really invested in any one character, because there are plenty of times when that character isn’t right. Heck, it’s hard to get invested in a class of characters, because sometimes that whole class is superfluous.

So, that’s my general take. Overwatch is super good, and even in my limited exposure, I would say I like it. But its fundamental design philosophy means that I will likely not stick with it for very long, because there’s very little about it that will remain novel for me. I can accept that there is a good, just, and wonderful way to play Overwatch, a correct way, that is not the way I want to play, and I can live with that for a long while. But then there comes a point when I can’t. The urge to go on watch, as we speak, is already dwindling, save for the opportunity to play with my buds.